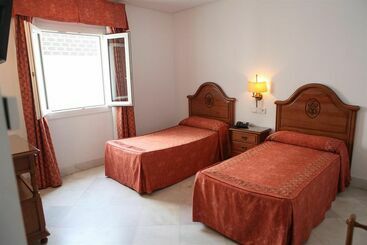 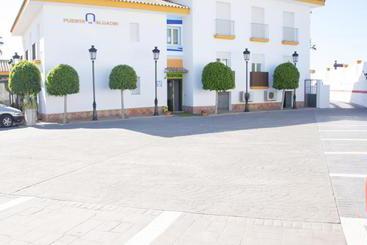 The Puerta del Algadir hotel has practical and well-equipped rooms, and is located near the coastal town of El Puerto de... 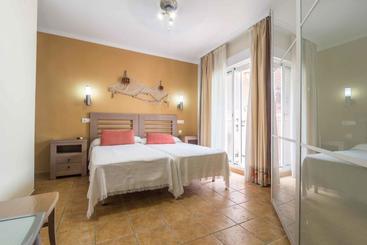 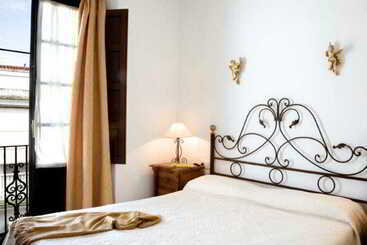 Located in the urbanization Valdelagrana, the hotel is located about 700 m from the beach that gives the name to the neighborhood....

The Port of Santa María, also known as the City of a Hundred Palaces, is located in la Costa de la Luz, Cádiz, and is considered a wellspring of cultural interest.
Among the many interesting places not to be missed in Santa María are the Castle of San Marcos, the Medinaceli Palace, the Rafael Alberti Foundation Museum, and the Salt Marshes of Toruños, where there is nature tourism and where you can sail and windsurf.

Its beaches are a magnet for a large number of foreign tourists who visit during the summer. The fine golden sands are bathed by crystal waters, whose warmth makes them particularly attractive. There are all types of restaurants, bars and chiringuitos (food and beverage stands) here, some of which, as is the case in the beach of Valdelagrana, offer flamenco dancing as part of the nights tourist entertainment. Bowling alleys and pubs are some of the other options on offer when night falls at the Port of Santa Maria. It is best to begin in the plaza of the ancient city center and to follow the road, trying the fried fish and wines of the banks of the Guadalete River  the variety of places to eat is large. There are many places to choose from in which to enjoy Santa Marías nightlife, and the city also contains a casino el Casino Bahía de Cádiz in which you can enjoy a different sort of evening.


The urban beaches near Port Sherry and the break-waters, and eventually bordering the western region, are some of this coastlines most beautiful.
Santa Catalina receives many visitors, while on Playa de Fuenterrabía  located in the town of the same name  you can scuba dive, fish and windsurf.
Valdegrana is another of the better-known and much-visited beaches, partly for the convenient tram, and partly for the nudists. It offers every service, and holds the Blue Flag of the European Union.

On the beaches of Puntilla, close to the mouth of the Guadalete whose tranquil waters always carry a breeze, you tend to find kite fliers and windsurfers. The beach of La Calita or Caleta del Ague, is actually two coves separated by the ruins of the castle of Santa Catalina. Although the rocky outcrops in the water make it less than ideal for swimming, you can enjoy scuba diving and harpoon fishing.
See more See less

It depends on the category of the hotel. If you want to stay at a 4-star hotel in El Puerto de Santa Maria, the average price per night is €41, while you will pay an average of €21 for a 3-star hotel, and in a more luxurious 5-star hotel, you"ll pay around €50.

If you're bringing a vehicle, we recommend that you book a hotel with parking in El Puerto de Santa Maria, like Apartamentos Sun & Life El Puerto, Hotel Casa de los Leones or Hotel Casa del Regidor.

If you want to save time, the hotels in El Puerto de Santa Maria with express check-in and check-out are Hotel Casa del Regidor and Hotel Apartamentos Casa Palacio Luna.

There's only one more step left. Check your e-mail and complete the subscription to the newsletter